This Ontario couple's $650,000 rental property is key to rationalizing their retirement finances

With debt management and enhanced returns on their assets, they can make it, expert says 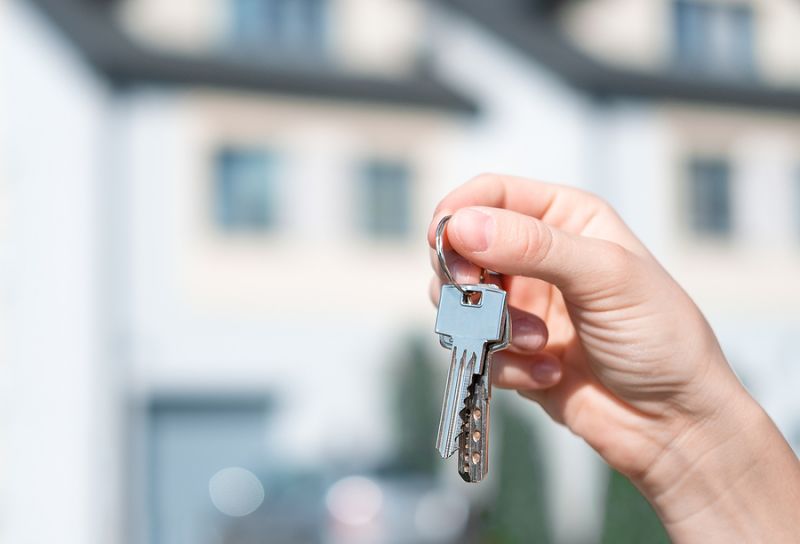 Christopher and Melissa want to swap their 9 to 5 jobs, move to the country and build a modest home on an acre of land — they think it would cost $100,000 — then retire on what they hope would be $50,000 income before tax each year. Their question — can they do it?

Family Finance asked Derek Moran, head of Smarter Financial Planning Ltd. of Kelowna, B.C., to work with Christopher and Melissa. His view – with debt management and enhanced returns on their assets, they can make it.

First move — use a Home Equity Line of Credit, a HELOC, to reduce interest on $12,000 in outstanding credit card loans they have used for home renovations. They pay $1,000 per month on their credit cards at about 19 per cent interest. The HELOC, which is essentially a non-amortizing mortgage add-on, would cost them four per cent to six per cent per year with present interest rates.

After paying off the mortgage and the selling costs, the proceeds of the sale would be $476,000. Subtract the tax bill and the amount dedicated to their RRSPs and they would have an additional $323,580 — more than enough to acquire a piece of land for retirement.

Noah’s RESP has $33,138. They add $110 per month and the Canada Education Savings Grant of the lesser of 20 per cent of contributions or $500 per year makes total additions $1,584 per year. They can continue to add to the account until the CESG, which has a $7,200 cap per beneficiary, is exhausted, Moran suggests. When Noah gets a proof of acceptance at a post-secondary institution, he can tap its $70,000 estimated value at age 17 for many expenses such as tuition or living costs.

When Christopher and Melissa retire, their expenses will be considerably lower than the $9,000 they are currently allocating per month. Without mortgage costs, expenses related to the condo, which they are selling, and no need to save, they will only need about $4,000 per month or $48,000 per year to get by.

Their RRSPs currently total $122,450, but if they add funds from the sale of the rental and continue to add $4,800 per year and the combined plans grow at three per cent over the rate of inflation, they should have a balance of $442,869 in 12 years when they plan to retire at Melissa’s age 59.

If they use most of the remaining funds from the sale of the rental to pay down their home mortgage as well, they could leave themselves with just $40,000 in mortgage debt, which they can pay off in 40 months rather than 19 years on the present schedule, Moran estimates. They will thus free up $1,400 per month for nine more years, and if invested at three per cent after inflation they would have $175,793 additional capital at retirement. If we put all of that together, they would have $618,662 RRSP savings in 12 years. That money would generate $30,030 for the following 31 years to Melissa’s age 90. Any carryover interest resulting from interest rates rising in the next dozen years can go to their parched TFSAs with present combined balances of $1,997.

With these investment adjustments, the couple will have three financially distinct periods for retirement: first, from retirement when Melissa is 59 to her age 65, second at her age 65 with CPP and OAS and third at the time Christopher is 65 and is receiving his CPP and OAS.

Using this time schedule, in stage one their retirement incomes would be $49,512 from Christopher’s pension, and RRSP benefits of $30,030 for total retirement income $79,542. With splits of eligible income and 13 per cent average tax, they would have $69,200 per year or $5,768 per month. That would more than cover monthly core expenses, as explained.

In stage three, with Christopher’s $8,004 OAS and his $15,043 CPP, total income would rise to $124,132. After splits of eligible income and 16 per cent average tax, they would have $104,270 to spend per year or $8,690 per month. If inflation rates rise, indexed pensions such as OAS and CPP will compensate and investment returns such as corporate dividends may grow.

This Ontario couple's $650,000 rental property is key to rationalizing their retirement finances
With debt management and enhanced returns on their assets, they can make it, expert says
This couple supporting a disabled child is hoping for $10,000 per month after tax in retirement
Expert says the challenge for Larry and Sally is to avoid taking on too many costs.
Couple with gold-plated pensions vulnerable to taxes that could grab 30% of their income
Herb and Mary have ample cash flow but will face rising taxes in their 70s and 80s
This couple wants to retire early in their home country. Can they take their Canadian benefits with them?
Peter and Charlotte's goal is to achieve a $3,000 monthly retirement income for a retirement spent back home, and they would like to go sooner rather than later
Studying the market pays off for savvy couple with 12% gains and 'bulletproof retirement strategy
Leo and Rose have spent many years studying capital markets and have achieved an astonishing 12.4 per cent average growth rate with investments, almost entirely in North American stocks they have researched and follow closely.
Smarter Financial Planning Ltd .