Husband lost job, wife eager to retire: How this one-income couple can say goodbye to the grind

Their problem is not adequacy of retirement resources. Rather, it is bridging the time to when their pension benefits begin 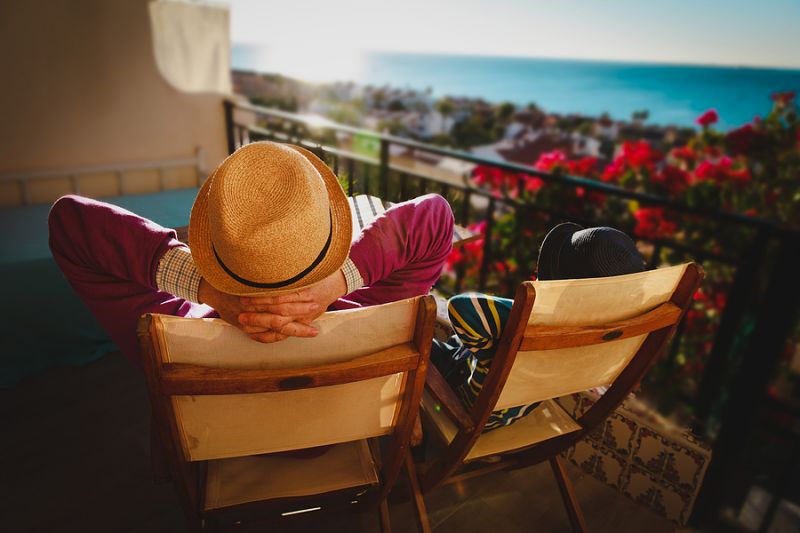 Despite their fears, this couple has a "moderately prosperous" retirement to look forward to.

Author of the article: Andrew Allentuck

They would like to retire in a few years, but they don’t have a clear picture of their retirement income, expenses and the exact date when they can pull the plug on Patricia’s job.

Their problem is not adequacy of retirement resources. Rather, it is bridging the time to when their pension benefits begin.

The couple considered downsizing their $1.5 million house, and clearing its $145,000 mortgage. They would swap for a $1.2 million house, and a paid-off mortgage. In retirement, Patricia will have a defined benefit pension with a 50 per cent survivor option that will pay her $28,895 annually while she is alive, and $14,448 to Carlos if he outlives her. They wonder when to trigger OAS and CPP benefits, because there is a 7.2 per cent cost per year to taking CPP in the five-year interval from age 60 to 65, an 8.4 per cent bonus to taking it in the five-year interval from 65 to 70, and a 7.2 per cent annual boost to OAS for delaying to age 70. The combination of Patricia’s work pension, two CPP benefits, two OAS benefits, and RRSP income will generate a low six-figure income at every stage of their retirement, though the precise amount will vary.

In spite of their concerns, they are well-prepared for retirement. Their RRSPs, including locked in LIRAs, total $1.2 million. If they add nothing more to them but have five years of growth at three per cent after inflation, the savings would become $1,405,360 in 2021 dollars. If then spent to age 90, this would generate taxable income of $71,107 per year.

If Carlos has no work income in 2021 and later years, he can tap his RRSP. They can put the money into TFSAs; they do not have TFSAs now.

The planning problem for the couple is not so much adequacy of income, but when it flows. Carlos and Patricia are anxious they might run out of money. Patricia’s DB pension, OAS and CPP will be a large part of their income after both are 65. Prior to 65, retirement savings will be as much as 70 per cent of total income. It would take a vast and lasting downturn in their investments to have an impact on their way of life.

For the early years of their retirement, when Patricia has left her job and until she is 65, family income would be her $28,895 job pension, and RRSP payouts of $71,170, for total income of $100,065. Split, they would pay 15 per cent average tax and have $7,087 after taxes to spend per month. That exceeds their present expenses.

If Patricia predeceases Carlos, all her OAS and almost all her CPP, except for a small benefit for the survivor would be gone. Carlos could no longer split eligible income with Patricia, so his tax rate would rise. But he would still have ample income: half of Patricia’s pension, $14,448, one CPP of $14,455, one OAS at $7,380, and $71,107 RRSP for a total of $107,390. His 25 per cent tax rate and a $4,200 OAS clawback would leave him with $76,340 disposable income per year. He would be financially secure. The mirror case of Carlos predeceasing Patricia has a similar result, except that she has the full pension.

The couple’s prudence and caution in investing and planning have delivered results: Financial security. Yet they can do more. They have no TFSAs, but they will have the cash flow to build them. There is no compelling reason to downsize their house, but they can cut costs over time. Patricia will no longer need a car, so present car expenses of $391 per month would fall by half. No suits for the office means a cut in their $226 monthly clothing tab. What they do not spend on clothing and cars could be put into a travel account. If they grow the account from zero at $2,400 per year, it would be $12,000 in five years when Patricia retires. It could then pay for travel.

Experiences in life have taught the couple to be careful, but they seem overly cautious in their financial planning. Financial assets currently invested 80 per cent in stocks and 20 per cent in broad bond exchange traded funds should produce their historical returns of seven per cent, less three per cent inflation and less one per cent bond drag, for an average of three per cent after inflation. That portfolio should see them through many years, Moran explains. A diversified portfolio of Canadian equity stocks or investments funds with low fees, and bond ETFs promise moderate volatility and shock resistance for inevitable market downturns.

“The couple’s conservative portfolio management and careful spending should get them through a moderately prosperous retirement,” Moran concludes.