This couple wants to retire early in their home country. Can they take their Canadian benefits with them?

The short answer is some of them 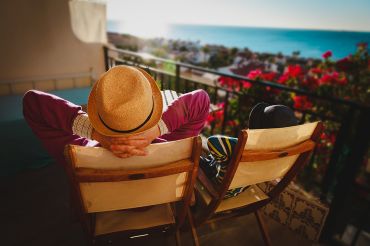 Peter and Charlotte's goal is to achieve a $3,000 monthly retirement income for a retirement spent back home, and they would like to go sooner rather than later

Peter and Charlotte, who moved to Canada nine years ago, have succeeded in material terms, but they yearn for the former country with palms, lapping sea shores and no snow at all. Their goal is to achieve a $3,000 monthly retirement income for a retirement spent back home, and they would like to go sooner rather than later.

Family Finance asked Derek Moran, head of Smarter Financial Planning Ltd. of Kelowna, B.C., to work with Peter and Charlotte. For now, they put cash in excess of spending into various investments — their TFSAs in particular. At this stage of their lives as parents, they could instead build up a Registered Education Savings Plan for Morgan and receive a Canada Education Savings Plan bonus of the lesser of 20 per cent of contributions or $500 per year to a maximum of $7,200. Alternatively, they can use RRSPs that provide a 29.65 per cent tax refund in their bracket.

They should pursue tax-efficient investments, for their combined annual income, $180,000 before tax, leaves them with $134,400 per year or $11,200 per month after tax. They spend $9,100 per month, leaving $3,500 savings for investments or debt paydown. Making good use of that surplus is the key to quitting work long before conventional retirement.

The idea of a RESP for a child who may not be a resident of Canada when it is time for post-secondary education may seem odd, but it will work, Moran explains. Contributions made as long as the family resides in Canada together with the CESG boost will be payable to Morgan no matter where the family eventually lives or he studies.

Like the RESP, Peter and Charlotte will be able to apply for Canada Pension Plan benefits no matter where they are living when they retire. At this point, they would have accrued nine years times 2.5 per cent of annual maximum benefit of $15,043, a sum that works out to $3,385 per year each. The longer they stay and work in Canada the larger that benefit will become. It will be hard to match in their destination, but aside from a withholding tax, there will be no impediment to drawing the benefit.

When it comes to Old Age Security, however things change. Given their circumstances, to qualify for Old Age Security while living in another country, they will have to have been residents for 20 years. In their case, that means living in Canada to age 52 and 50, respectively. That’s longer than they want to stay. We’ll assume they do not make it to 20 years residence in Canada.

Each partner currently has $80,000 of RRSP contribution room. If they were to leave Canada permanently, they would probably leave the RRSP accounts in Canada and then draw them down via Registered Retirement Investment Funds (RRIFs) subject to a 15 per cent withholding tax. If they leave them as RRSPs and do not shift them to RRIFs, the withholding tax would be 25 per cent, Moran notes.

Should they keep their Ontario house after leaving Canada permanently? They might keep the house and rent it out for $5,500 per month or $66,000 per year. Their house property tax is $6,000 per year. Their equity is $1,480,000. The math, however is not on their side: If they charge $66,000 gross annual rent and deduct $22,878 mortgage interest (this does not include principal repayment which goes out of one pocket and into another), $2,000 of maintenance, $3,390 for a property manager with a six per cent bite, their income after these expenses would be $31,732 per year. That’s a 2.14 per cent return. If they are then stuck paying the present Ontario non-resident speculation tax of 20 per cent of their $1,480,000 equity — that’s $29,600 net, their costs would rise to $61,332. That would leave net rental income of $4,668 or a third of one per cent. If they can’t avoid the non-resident speculation tax, which has many exemptions, retaining the property would be unwise, Moran advises. They would then do well to cash in their interest and take it abroad.

In their home country, they might need approximately $25 capital for each dollar of pre-tax income based on foreign inflation and tax rates. Moran estimates they would need $41,400 per year for living costs so therefore they would need to invest $1,035,000 capital. That’s less than their present net worth of $1,689,500, meaning they could move today and have more than enough income to support themselves, though not extravagantly.

They could work full or part-time to top that off if they so choose, or could continue to work and save in Canada for a number of years, adding to their potential CPP payouts down the road and padding their savings.

Depending on the balance they choose, life insurance could add certainty to their finances. The annual cost of a policy with a face value of $1 million would be $660 for Peter and $415 for Charlotte. Costs vary with details. Like a good suit, policies need to be tailored to the client.

Morgan would be able to draw on his RESP even if living or studying outside of Canada. The sums already parked in their Canadian RESP plus what they can save in their low-cost country would no doubt produce a six-figure kitty in the 15 or 16 years to Morgan’s age 18.

Is it feasible to transfer two accomplished lives and their accompanying savings to another country with parallel but not identical retirement systems? The short answer is yes. There will be a cost in terms of financial security, stronger social safety net and more opportunities to work and earn in Canada, but it isn’t hard to understand the appeal of a decidedly warmer country that feels like home and the potential for a much earlier retirement.