After Losing Everything in Fort McMurray Fires, Engineer Mulls His Readiness to Retire — Maybe to Far North

With his life still partially in ashes, Herb, 58, needs a sense of direction for his hefty financial assets and the next phase of his life 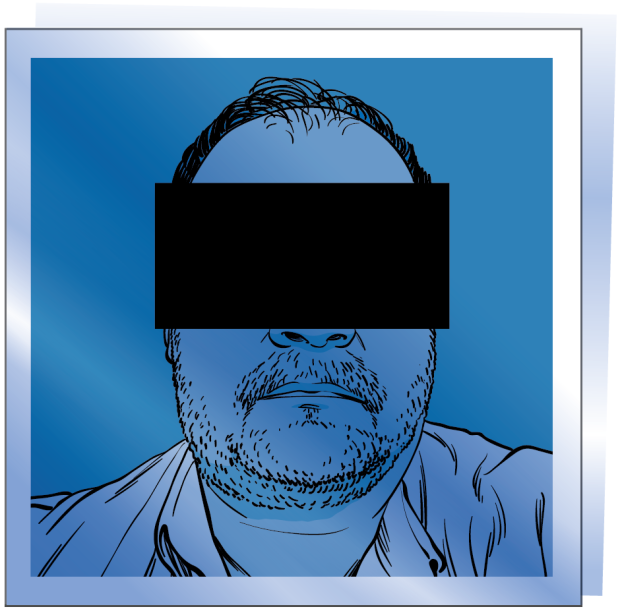 Andrew Allentuck
Situation: Ft. McMurray resident who lost his house wonders whether he can retire in the far north
Solution: Add up company pension, savings, government benefits and check tax rates
The Ft. McMurray fires last year destroyed the home of a petrochemical engineer we’ll call Herb. At age 58, his $400,000 home and three of his four vehicles — two trucks, a snowmobile and an all-terrain scooter, were turned to steel skeletons. His financial assets, a total of $718,300 are intact. He has no debts. He is renting a home until his house is rebuilt. The rent is paid by his insurance company. In financial terms, his risks are well managed. What is uncertain is how his retirement will work if, as he wishes, he moves to the far north, perhaps to the Yukon.

Close to ending his career and almost ready to build a new life in retirement, Herb has to struggle not just with his future income, but also with settlement of a large insurance claim. His good fortune is that he still has his job, adequate insurance for his devastated house, and hefty financial assets. His ill fortune is that, in spite of his financial security, he has to rebuild almost everything material in his life. It is an arduous challenge.
He will eventually get a new home, then put it on the market which will be short of housing for many years. His employer provides defined benefit pensions. His real estate, when rebuilt, will amount to just 35 per cent of his net worth. His expenses are modest, he is a meticulous record keeper, and his career is flourishing. However, with his life still partially in ashes, he needs a sense of direction for his financial assets and retirement in 2017.
“My defined benefit pension plan has several options,” he explains. “Which do I choose? Do I need to delay my retirement for half a year to ensure that my finances are solid for the debt I carry and any truck loan I may take out?”
Family Finance asked Derek Moran, head of Smarter Financial Planning Ltd. in Kelowna, B.C., to work with Herb. “The problem is not financial security,” the planner says. Herb has that with his $7,950 monthly income after tax. Rather, it’s the retirement plan. Before the fire, Herb figured he would quit at before August 2017, during his 57th year. We have to review the numbers to ensure it will still work in his 58th year at the brink of retirement.”
Herb has a hefty cash balance of $40,000 for various costs on his line of credit he expects his insurer to repay. The conflagration sharpened his planning for retirement and for his own mortality. Herb wants $10,000 a month in retirement before tax. Company defined benefit pensions will get him part of the way there. The rest will be up to Herb and his investments.
Herb’s company pension income will be $6,731 per month composed of $5,881 for the base pension and $850 from a bridge to 65. After 65, other benefits kick in that raise the pension to $7,108 per month. That’s $80,772 before 65 and $85,296 after 65.
Herb will also have Canada Pension Plan benefits which, as of 2017, add up to $13,293 a year. Conservatively, allowing for retirement at 58 with CPP benefits beginning at 65, he can count on 90 per cent of maximum benefits or $11,964 a year, total $97,260 a year at 65. He will get full Old Age Security at 65 at a 2017 rate of $6,942 per year, but lose most of it to the clawback which starts at about $74,000 and takes 15 per cent of OAS benefits over that level.

Herb’s $718,300 of financial assets including $40,000 cash, have a combined yield of 4.8 per cent before tax and inflation. If the taxable investment account, which adds up to $520,000, grows at 3 per cent after inflation and is annuitized to be spent in full over 32 years to age 90, it would generate total income and return of capital of $25,500 per year for 32 years beginning in his 58th year. His $140,000 RRSP accounts invested and paid out with the same assumptions would generate $6,866 each year. His Tax-Free Savings Account funds, with an expected balance of $52,300 after 2016 withdrawals are restored in 2017 just prior to retirement or in 2018 when retired, would, with the same assumptions, generate $2,565 each year to age 90.
The sum of these income flows net of TFSA payments would be $113,138 before tax to age 65 and $117,662 after 65. TFSA payouts would add $1,283 a month. He would lose most OAS benefits to the clawback before 65 and virtually all benefits after 65. He would have exceeded his $10,000 per month target retirement income before and after 65.
Using the $113,138 pre-tax figure before 65, Herb would have a 25 per cent average tax rate and be able to keep $84,306 plus the untaxed $2,565 TFSA payments for a total, after-tax income of $86,136 or about $7,200 a month. After 65, the same calculation based on $117,662 pre-tax gross income would provide $7,460 per month.
Herb’s plans to have a home in a town in the far north. His Ft. McMurray home, when rebuilt, can be sold and the $400,000 price applied to his retirement property.
“I think Herb’s finances will take him through retirement with no problems, save that he will have to pay high northern prices for some things such as long flights to warm places, if he chooses to go to them, and fairly high costs for food and some supplies far from major centres,” Moran says. “The fire actually helped him to clear out possessions and to clarify his life. With solid pensions, hefty savings, and the possibility of living with predictable costs, he should have the retirement he wants.”
Loose Ends
There are unknowns in the outlook, Moran notes. Herb is an outdoorsman and relishes small town life and the extended winter of the north. On the other hand, access to southern services, foreign travel and even some products shipped long distances from southern suppliers will add to his costs. He has sufficient resources to make a go of retirement in Alberta or points farther north, but it would be wise to take an extended vacation at his preferred latitude to make sure he really want to make it permanent. It’s a great life, but it is not for everyone.
Herb could hedge some medical costs if he buys critical care insurance or long-term care coverage. The costs vary with waiting periods for some programs and there are caps on other programs. On the other hand, he has substantial cash, no family and could, if necessary, afford a good deal of excellent care, Moran notes. What he needs is to ensure he has a will to deal with his assets at death and a medical directive to ensure that his wishes if he becomes very ill are carried out, Moran adds. He should also review his will to provide for a use for his estate when he passes away, Moran suggests.
(C) 2017 The Financial Post, Used by Permission