Family Making $200,000 a Year is Feeling the Pinch in Pricey NWT 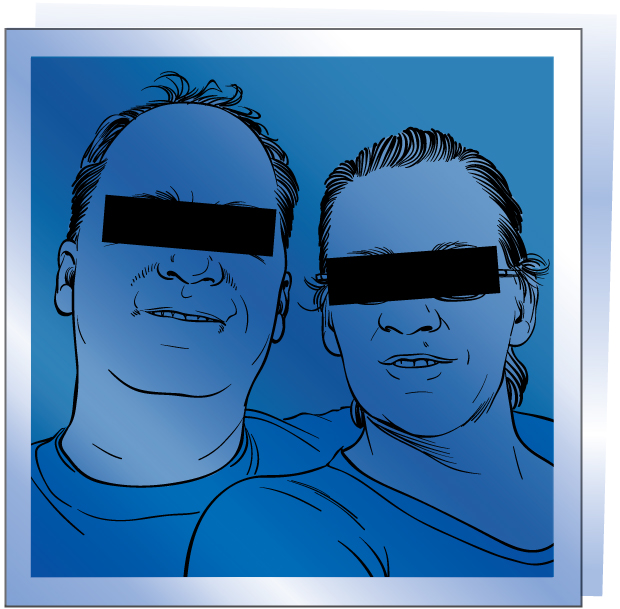 Andrew Allentuck
Situation: Couple raising three children in Northwest Territories has high cost of living, risky investments
Solution: Reduce investment risk by cutting carrying costs, allow for lower costs after move south
In the Northwest Territories, a couple we’ll call Tom, who is 53, and Mary, who is 45, make a living that, with income from a rental suite in their home, is $196,600 a year before tax. After tax, they have $12,111 a month to spend. That would be considered handsome in southern Canada, but it is not lavish where food prices are at levels of luxury goods in the south and even gasoline is a third more than it is in Alberta. With three children ages 13, 10 and 8, their grocery budget is $1,500 a month, their two cars cost $600 a month to run and their utilities – heat, light and water – add up to $1,070 a month. However, their plan to move south after retirement will lower their expenses and help stretch their retirement savings.
Tom, who is a geologist, and Mary, a civil servant in the Territorial government, have built up the children’s Registered Education Savings Plans to a $101,000 balance. That’s a large sum, but only $33,300 per child; if one wants to go to medical school, then, as Tom says, they may have to remortgage their house. They have recently suspended RESP contributions to free up cash to pay down debts. Their home mortgage, a line of credit that finances a speculative real estate play and a car loan add up to $404,826, about twice their annual gross income.
Family Finance asked Derek Moran, head of Smarter Financial Planning Ltd. in Kelowna, B.C., to work with Tom and Mary. “They have two solid paycheques and disciplined saving habits,” Moran says. “But they have problems in the high cost of living in the N.W.T and the cyclical nature of Tom’s work.”
Retirement – The Outline
If Tom and Mary retire in 10 years, at Mary’s age 55, as they contemplate, they will have two defined benefit pensions. Mary’s will be from government – as much as $51,024 a year plus a $10,440 bridge to age 65 – depending on when she quits. Tom will have a $3,617 annual pension from a former job in a merchandising business.  That would provide a base retirement income of $65,080 before tax. They have present financial assets of RRSPs and TFSAs that add up to $668,000, capital that would generate about $20,000 at three per cent indefinitely. That would produce total pre-tax income of $85,080 a year before tax. If they pay tax at an average 25 per cent rate, they will have $63,800 a year, or $5,320 a month to spend. At current levels of consumption, that would not be enough. But they expect to leave the north when Mary has retired and the kids are gone. They will have a much lower cost of living in southern Canada.
Tom has 12 years to go to age 65, Mary 20 years to her 65th birthday. Then, it would be possible to add unreduced CPP benefits of an estimated 80 per cent of the maximum $12,780 a year, or $10,224 per person. At 67, each would get full Old Age Security of $6,765. Mary’s $10,440 bridge would be gone, but their income would total $108,618 before tax. After an average tax of 25 per cent, they would have $6,788 to spend each month.

Carrying Less Risk
This projection has a blend of what is certain, such as CPP, OAS and their own job pensions, and what is uncertain – the amount and means of obtaining investment income. That income is difficult to estimate. They have $250,000 in raw land in British Columbia that they may be able to sell as seven lots at $100,000 per lot, less $25,000 for preliminary work, net $525,000. The land has a $198,128 mortgage, so the eventual gain could be $327,000.
Tom and Mary have two property loans, a mortgage on their home and a line of credit loan for their raw land. At present, their focus is to pay off the mortgage, which they’re doing at an accelerated rate of $2,600 a month, and just pay the interest on loan. While understandable, this approach is actually backwards. The interest they pay on their home mortgage is tax deductible, thanks to their income-generating rental suite. The land, however, generates no income, so it makes sense to pay off that loan first, Moran says.
At their present payment rate, Tom and Mary will pay off the land in 20 years. To accelerate that, Moran suggests reducing their monthly mortgage payment to $1,500 a month and putting the rest of the money toward the land loan, along with any extra cash generated by their rental suite. That would allow them to pay off the land in 10 years. The house would be paid off in 12 years — longer than their current schedule, but the tax advantages more than make up for the extra time. As a bonus, Moran estimates that this plan could produce savings of about $2,500 a year in after-tax interest costs.
Enhancing Returns
The couple could get much more money out of their investments — $3,400 in TFSAs, $664,600 in RRSPs, $ 7,000 of bullion and $53,874 of equity in undeveloped land, or about $729,000 — by continuing to add $20,400 a year to their RRSPs. That is possible by using available space and income from Mary continuing to work for another 10 years, invested to return three per cent a year over the rate of inflation. That would raise their investments to $1,220,600 in 2025 when she is 55 and ready to retire, Moran estimates.
If that capital were to continue growing at three per cent a year and is paid out completely in 35 years to Mary’s age 90, it would generate $56,500 a year from Mary’s age 55. Along with Tom’s $3,617 pension, Mary’s $51,024 pension plus the $10,440 bridge to 65, they would have a total of $121,580 before tax from 55 to 65.
When each is 65, they could add CPP benefits of 80 per cent of the maximum $12,780 per person or a total of $20,448, making total annual income $131,600 without Mary’s bridge.  When each is 67, OAS would add $6,765, making their total and permanent annual income $145,120 before tax or, after an average 30 per cent tax (though none on TFSA payouts), leaving them about $8,465 a month to spend.
With the children gone and their jobs ended, their expenses would drop by $400 a month for piano and sports lessons, $1,700 a month for RRSPs, perhaps $700 a month for food and $1,000 a month for extensive travel to the kids’ sports competitions, for total savings of $3,800 a month. Additionally, $3,400 of mortgage and debt payments would be gone. Their present budget of $12,100 a month would fall to $4,900 a month. Their budget would allow for additional spending, perhaps the travel they anticipate in retirement, and a surplus that could be invested in their TFSAs.
“With investment and home loans paid off, savings and job pensions should provide a secure retirement, Moran says.
(C) 2015 the Financial Post, Used by Permission