In Mid-60s and Mired in Debt, Couple Needs Balance-Sheet Fix 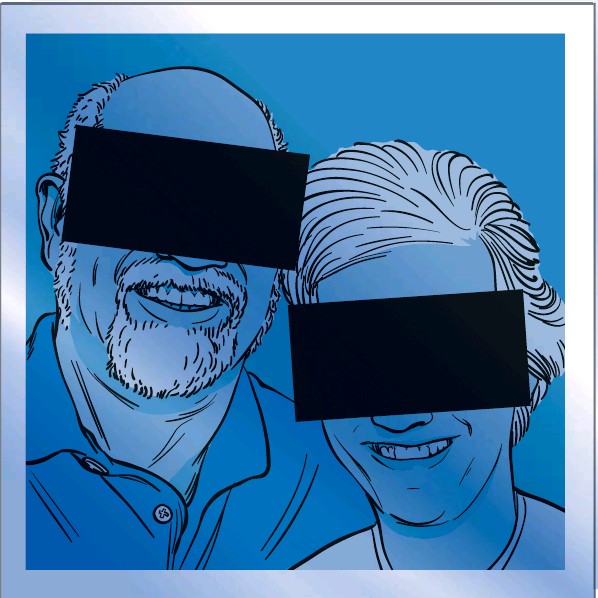 Andrew Allentuck
In British Columbia, a couple we’ll call Fred, who is 68 and retired from a job in advertising, and Frances, 64 and soon to retire, have take-home income of about $3,560 per month, including a $1,129 monthly pension Fred draws from prior employment, $943 a month he gets from the Canada Pension Plan and $579 he draws from Old Age Security. Frances earns $900 a month from her work for a retail business. Their aftertax income does not cover present expenses of $4,916 per month. If they overspend, which amounts to 38 per cent of their take-home income, is not fixed they could be forced to sell their condo and become renters. They are in a vise of debt, but there are solutions.
Their expenses are problematic, for $1,380 a month, about 28 per cent of their total spending, is interest and principal payments on two mortgages totalling about $85,700 on their home. That’s a lot for their stage in life. They have credit card debt of about $6,230 with interest rates as high as 13.9 per cent. Total debt is $91,930. Some luxuries in their budget could be reduced, but that would not end their problem. Frances wants to retire at 65, ending her $900 monthly gross pay. Old Age Security and Canada Pension Plan benefits will compensate.
“What can we do to raise income and then live within our means?” Fred wonders. Family Finance asked Derek Moran, head of Smarter Financial Planning Ltd. in Kelowna, B.C., to work with Fred and Frances.
The Debt Problem
They can make some cuts in $585 monthly restaurant and entertainment, Moran suggests. If the yearly sum, $7,020, is reduced by $4,000, they would still have $250 a month for dining out and movies. The $4,000 a year they save, $333 a month, can be directed to paying off their high-interest credit card debt. If they add the $333 to the rather modest $40 per month they now pay on the credit cards, they would have total annual credit card payments of $4,476. The credit-card debt would be gone in less than a year and a half, allowing for continuing interest before full payment.
In this period of credit card debt reduction, Frances should continue to work, Moran suggests. She could postpone taking OAS and gain a 7.2 per cent boost to her annual $6,942 payment at age 65 at 2017 rates. That’s $500 per year. She could gain an 8.4 per cent boost on her basic $5,796 expected annual CPP benefit, $487 per year. Total benefits for a year’s postponement of benefits would be $987.
However, if Frances starts her benefits at 65, they can be used to accelerate debt reduction. The $1,125 creditcard interest rate, 13.9 per cent, exceeds any pension boost from CPP or OAS. In his view, Frances should start CPP and OAS at 65. It is a tough choice, but given the debt problem the couple bears, it is not wise to delay benefits.
The two mortgages they hold on their condo bear interest rates of 3.638 per cent on $52,814 of debt and 2.54 per cent on $32,893 of debt. The higher interest debt will be paid off in 5 ½ years when Fred is 73. The smaller mortgage with a 2.54 per cent interest rates will be paid off in about seven years. The interest rate is not too bad. Just let it ride and pay it down on schedule, Moran advises.
Timing Benefits
If Frances does retire, perhaps next year at 65, the couple would have Fred’s $1,157 monthly pension, $13,884 per year, which is not indexed, CPP pensions which would total $18,632 at 2017 rates, two OAS benefits totalling $13,885, and combined returns from $361,580 of RRSPs and TFSAs. Those funds growing at three per cent after inflation for one more year with no further contributions would total $372,430 and could sustain $19,000 in pre-tax income for 30 years to Frances’ age 95 at which time all income and capital would be paid out. The total income from these sources would be $65,400 per year before tax, or about $4,850 a month after tax. That would cover present expenses with just a little trimming, but there would be no money for a new or newer car or much more travel, as they would like, until money is liberated from paying off credit cards and their two mortgage loans.
Boosting Savings
If Fred and Frances can raise their annual returns on their RRSPs by just one per cent, they would gain almost $4,000 a year. A switch out of their mutual funds at a credit union to diversified Exchange Traded Funds with management fees of perhaps a half of the two per cent average they now pay could provide the discretionary retirement income they need. They would have to study ETFs or use an investment adviser whose fees could reduce their potential gain, Moran notes.
They could also take advantage of the B.C. property tax deferral program which allows persons over 55 to postpone paying local property taxes.
The cost at present is 0.7 per cent per year in simple interest. That will save them $1,300 a year.
They can and indeed are taking money out of their RRSPs slowly at $800 a month, paying low taxes at about 12 per cent and putting the funds obtained into new Tax-Free Savings Accounts. After a year or two, the tax savings from TFSA contributions pays for the tax on the RRSP withdrawals.
When their loans and mortgages are paid off, they will save $1,420 a month based on current payment rates. That money could buy a new or newer car or a few vacations.
“Five more years of work would solve their financial problems,” Moran says. “But getting a job at 68 for Fred or extending Frances’ work five years is tough. For now, if they pay off credit cards debts, eventually pay off their mortgages and raise their investment returns, they will have more discretionary income and a secure retirement.
Patience and financial restructuring will solve their problems and ensure that they need not sell their condo.”
(C) 2017 The Financial Post, Used by Permission