In retirement, couple could handily exceed current monthly income making their dream of living on Vancouver Island a reality 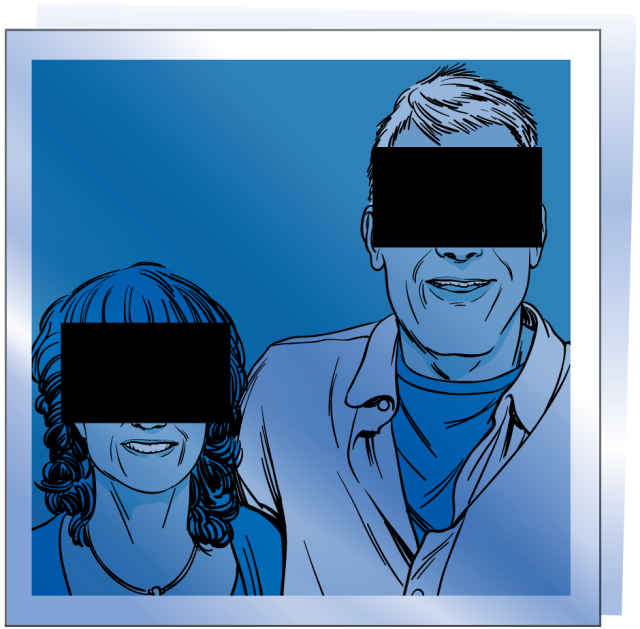 Andrew Allentuck
Situation: In their early to mid-50s, a couple with a small business and two rentals wants to retire in five years
Solution: Harvest cash from assets now and the plan should work
In British Columbia, a couple we’ll call Chuck, who is 52, and Nancy, who is 55, are raising their 10-year old daughter, Cindy. Their take-home income works out to $75,320 a year or $6,278 a month. They want to retire within five years. Their problem — assets tied up in not-so-profitable rentals and a family business.
They get most of their income from their retail athletic products business. They want to sell it by 2022, when Cindy will be 15. Two years later, when she starts university, they would like to move to Vancouver Island.

In order to maintain their way of life if they retire in five years, they will be able to draw on as much as $2.5 million in net worth. Most of that is in their $650,000 home and two rental properties which, together, are worth $1.35 million. Add in $475,000 of financial assets — not including the RESP — and the $250,000 they think they could get for their business and they would have $2,725,000 in assets. However, they have liabilities of $30,000 for their house mortgage, $85,000 on one of their rental properties and $130,000 for the second rental. Nancy will have a pension beginning at 65 of $22,200 a year from prior employment
“Can we retire in five years?” Chuck asks.
Family Finance asked Derek Moran, head of Smarter Financial Planning Ltd. in Kelowna, B.C., to work with Chuck and Nancy. Yes, he says. “It will take some deft financial moves to make their retirement sustainable in five years.”
Rationalizing Cash Flow
First move — use $25,000 cash to pay off most of the $30,000 outstanding on their home mortgage. They currently pay $1,500 a month, so use of cash would cut the amortization from a year and a half to just a few remaining months, Moran notes.
Second — deal with the rental properties. Rental No. 1, a condo, has a cost base of $325,000, an estimated value of $850,000 and an $85,000 mortgage. It generates net rental income of $16,300 a year. The yield on cost is 5.0 per cent but on present equity just 2 per cent. If Rental No. 1 were a stock, it would have a price to earnings ratio of about 50. By comparison, shares in Canadian chartered banks have a p/e of about 12.
If Rental No. 1 were sold, capital gains taxes and selling costs would leave about $700,000. The property was purchased in 2003 and used as a principal residence for three years. Adjusted for occupancy by the owner, it would have about 29 per cent of the capital gain tax-free. With about $700,000 liberated as hoped, the present income, $16,300 a year, could be obtained with a dividend of 2.3 per cent — that would be very easy with a blend of shares of banks, telcos and electrical utilities. Moran notes. They would have dividend income taxed at a lower rate than rental income.
Rental No. 2 is a house. Its $500,000 value generates $13,864 annual rent. The yield on equity, which is current value less the $130,000 mortgage — $370,000, is 3.75 per cent. That’s low for a rental, but there could be some upside in property prices. Best move — keep Rental No. 2, Moran advises.
The transition to life without their small business would take some adjustments. Their $6,278 monthly cost of living is subsidized by their ability to charge some car and cellphone expenses to their business. Their largest expense, $1,500 a month for their home mortgage, would be history. RESP savings at $208 a month would end when Cindy is 17 and no longer eligible for the Canada Education Savings Grant of the lesser of $500 per year or 20 per cent of income to $1,500 subject to a lifetime maximum per beneficiary of $7,200 and $50,000 maximum for contributions. She would have $63,000 for university at the present contribution rate plus the CESG. Child-care costs of $500 a month would no longer be needed and their cost of living in retirement might be as little as $4,000 a month.
Paying for Retirement
The couple’s Canada Pension Plan benefits will be modest, for they chose to take dividends from their business, which do not qualify for CPP benefits nor require CPP payments. As a result, each will have about $560 a month in CPP benefits at 60. Each partner will get full Old Age Security benefits at age 65. Those benefits are $578 per month at present.