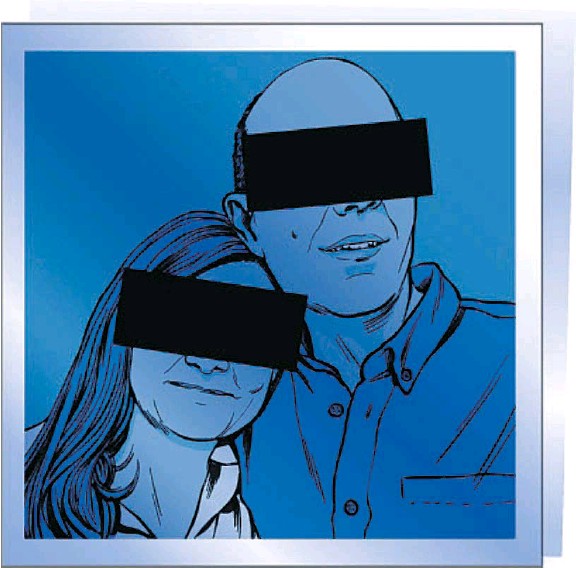 Andrew Allentuck
In Quebec, a couple, both scientists, face a dilemma. Sylvia, as we’ll call her, is 50. She brings home $5,270 a month from her industrial job. Horace, her husband, 51, was laid off by his company last year. He got a package with six months’ salary at $5,637 a month after tax and is eligible for a company pension. They fear living on one income with two kids not yet in university will doom their retirement plans.
Horace has had his retirement decision made by his company, but Sylvia is unsure if she should quit or stay with her job for a few more years. They have two children in their mid-teens. They figure that they will need $95,000 a year after tax in present dollars when they begin retirement. Their question — will company pensions, their assets and Quebec Pension Plan and Old Age Security at 65 sustain their retirement at the income level they would like? Their two kids’ education savings work out to $62,000 for each — enough for a first degree at any university in the province if they live at home.
“Both our family trees show a mix of longevity and serious illness and early death, so we want to retire as early as possible without incurring an unacceptable risk of outliving our money,” Sylvia explains. It is a thoughtful question: How to balance having enough money for a pleasant retirement without running an excessive risk of outliving assets.
Family Finance asked Derek Moran, head of Smarter Financial Planning Ltd. in Kelowna, B.C., to work with Sylvia and Horace. He explains that the $95,000 should be a cinch given the couple’s $2,757,000 present level of financial assets, that is investments and cash outside of their house, cars and their children’s Registered Education Savings Plans.
Asset Management
If those assets generate just three per cent a year, they would produce $82,710 a year. Horace’s company pension of somewhere between $9,420 a year with a joint and survivor calculation or $14,400 a year for a single straight life annuity with a 60 month guarantee will push income up to as much as $97,110 before tax. After 20 per cent average tax, they would have $77,700 a year to spend.
At 65, they can add Quebec Pension Plan benefits of $8,928 a year for Sylvia and $9,756 a year for Horace. They might tap QPP early, but they would be giving up indexation on their largest pension flow. Meeting the $95,000 after-tax target is a sure thing both at 60 or 65 and even in the near future if they are willing to tap their capital for a few years.
Alternatively, if their $2,757,000 million of financial assets is annuitized at three per cent a year to pay for 35 years beginning at Sylvia’s age 60, it would generate $124,600 annually before tax. That would work out to $93,450 after 25 per cent tax. Their $95,000 target would be pretty well achieved even if they retire next month. Case closed? Not quite.
Horace and Sylvia are very conscious of safety and security. If they base income on an annuity calculation which, as the concept requires, eats up capital, and if inflation rises or their returns fall, the payout plan, which runs for 35 years starting a decade from now, could falter. In any event, a single concept financial plan to run for almost half a century is intrinsically risky. But the couple need not accelerate capital consumption. After all, with their children going off to university in a few years and using existing Registered Education Savings Plan funds, the parents’ budgets will move from potential strain to guaranteed surplus.
Horace and Sylvia allocate $10,907 a month for living expenses and various savings accounts. However, if private school fees for their children, $1,098 a month, and kids’ activities costs of $1,208 a month, are taken out starting next fall when their older child starts postsecondary education, and $2,128 of contributions to registered savings, TFSAs and other savings stop, their cost of living soon drops to $6,473 a month. That’s about $77,700 a year. Their investment income and Horace’s company pension will support that level of spending.
Adding up Income
At present, Horace and Sylvia have $1,240,000 in their RRSPs, Locked-In Retirement Accounts and other retirement accounts. If this money grows at three per cent over inflation and is spent from her age 52 to age 90, it would generate $55,130 a year in 2016 dollars.
The couple’s TFSAs total $106,000. If they grow at three per cent over inflation in the 38 years from Sylvia’s age 52 to her age 90, it would generate $4,700 a year.
The couple’s taxable accounts and cash with present balances of $1,411,000 growing at three per cent a year and paid out in the 38 years from Sylvia’s age 52 to her age 90 would generate $62,700 a year.
The sum of annual income from taxable sources (not including TFSAs) is $117,830 a year. At 65, Quebec Pension Plan would add $1,557 a month or $18,684 a year and OAS of about $571 per month or $6,846 each per year. Their company pensions at 65 add $1,400 a month or $16,800 a year to income. That would make a total annual income of about $167,000 a year before tax.
If eligible pension income is split and, excluding non-taxable TFSA distributions, they would have about $83,500 each exposed to the OAS clawback which starts at $72,809 in 2016. They would pay 15 per cent clawback tax on about $10,700 each or $1,600 and 25 per cent general income tax and have about $61,000 each or $122,000 together plus their untaxed TFSA payouts, $4,700 a year, to spend each year. That’s $126,700 a year after tax, more than their $95,000 target.
“Even if they tap capital in their 50s and annuitize their assets while relatively young, their retirement starting next year would be sustainable,” Moran concludes.
(C) 2016 The Financial Post, Used by Permission