Couple with Solid Incomes, Pensions Need to Clear Out Debt if They Want to Retire at 59

This couple's problem is embedded in their financial plans, which depend on leveraging their home and rental unit and, along the way, having another child 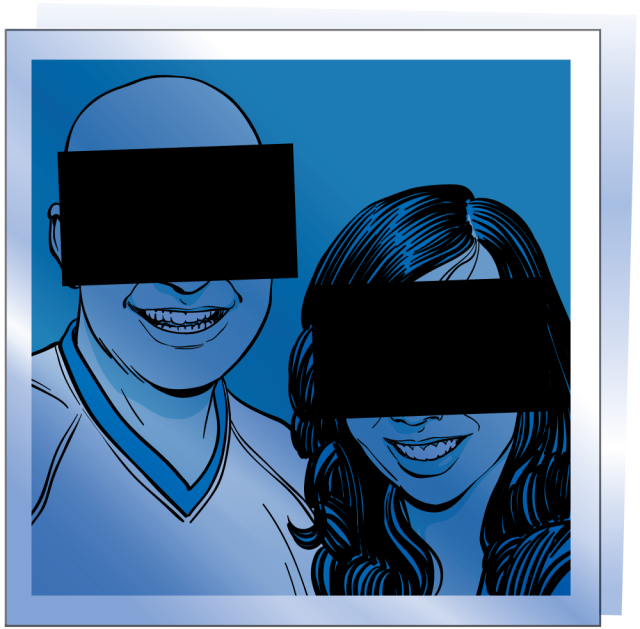 Andrew Allentuck
Situation: Couple has two solid incomes and pensions, but plans to retire at 59 could strain finances
Solution: Cut debt, reduce home mortgage, rely on pensions and TFSAs to reach retirement goals
A couple we’ll call Herb and Juliette, both 34, live in B.C. with their one-year-old child, Morgan. They bring home $9,285 a month from two jobs, his in financial services, hers in health care administration, and two rentals, one a condo and one in the basement of their home. They have orderly financial lives with total assets of $1,953,400. Their liabilities are $830,000 based on a $510,000 mortgage for their house, a $155,000 mortgage for the condo and a $165,000 loan from parents to buy the rental condo.
Herb and Juliette are skilled investors with $378,000 in financial assets — mostly large cap stocks and a few exchange traded funds — that have done quite well. Their problem is embedded in their financial plans which depend on leveraging their home and rental unit to build savings and, along the way to have another child, then retire at 59, the earliest date that Juliette can obtain a work pension. They are cerebral in their planning and meticulous in their accounting. Their goal — $8,500 per month after tax in retirement starting at age 59.
The Plans
Their problem is that higher future costs are embedded in plans to have a second child in a few years. Daycare where they live is $1,300 per month per child. On top of that, they want a larger home: That could come from upsizing from their current $1.05 million house to one in the $1.5-million range, or by taking over their basement suite and forgoing $1,300 in monthly gross rent.
Their plans are meticulous but the devil, as they say, is in the details. The rental condo, if sold for what they estimate is its $520,000 market price less repayment of the outstanding $155,000 mortgage and the $165,000 family loan would leave them with $200,000 less selling costs and some capital gains tax. (Herb lived in the unit for three of the eight years, which reduces the capital gains tax.) Just for convenience, we’ll use $200,000 to allow for some appreciation before sale. If Herb used this cash and sold $57,000 of taxable investments, he could reduce his $510,000 home mortgage to $253,000.
Selling the condo for $520,000 and paying off the mortgage and family loan would allow them to redirect the $1,500 they pay their parents and boost monthly mortgage payments on their home to $3,500. from $2,000. That would allow them to have their house paid in full in 8.5 years compared to the present 33.5 year amortization, Moran estimates.
The Kids
They have $6,400 in their family Registered Education Savings Plan. They add $2,500 per year and the Canada Education Savings Grant — the lesser of $500 or 20 per cent of annual contributions — tops that up to $3,000.
If they have a second child in two years and double their contributions going forward until both children turn 17, the plan would grow to about $68,000 per child. That should be enough for tuition and books for an undergraduate degree at any Canadian university. If they live at home, room and board would be no problem.
Retirement Finance
Herb and Juliette are well on their way to the early retirement they have in mind. If they quit their jobs at 59, their Canada Pension Plan accounts would not reach their potential maximum. We’ll estimate that they do not start benefits at 60 and, instead, carry on to 65 with a reduced benefit that gives them 90 per cent of the maximum $13,370 per year at present rates, net $12,033 per person per year. Both will get full Old Age Security at 65, currently $7,026 per year.
If their $185,000 combined RRSP accounts grow at 4 per cent per year after inflation for the next 25 years until they are 59, they will rise to $493,180. Neither partner currently makes RRSP contributions. That’s because each has a work pension which limits contributions to RRSPs through the pension adjustment. Herb prefers to invest outside of his RRSP. The $493,180 could support an indexed taxable payout of $28,500 per year to their age 95 based on the four per cent after inflation return assumption.
Further, if the $125,000 they hold in Tax-Free Savings Accounts grows at 4 per cent per year and if they add $11,000 per year, they will have $809,000 in 2017 dollars at 59. That capital would generate $46,786 per year in untaxable income to their age 95.
The couple will have two work pensions. Herb will get $22,750 per year including a bridge to 65 of $8,568 per year to 65 and Juliette $54,324 per year including a $12,276 bridge to 65. At 65, they lose the bridges but gain $12,033 each from CPP and $7,026 from OAS.
Adding up annual retirement income from age 59 to age 65, they would have two work pensions and bridges that total $84,624 per year plus TFSA income of $44,518 and RRSP income of $28,040 for total annual income of $152,360. Split with no tax on TFSA payouts and taxed at an average rate of about 20 per cent on the rest, they would have $10,950 to spend each month, more than their retirement target income.
From age 65 forward, they would have $105,511 in income taxable at about 15 per cent net, $89,350 plus $46,786 TFSA income for total monthly income after tax of $12,600. The OAS clawback, which begins at about $74,000 of taxable income, would not be triggered at any point because their incomes are split and because TFSA payouts are not included in calculating the clawback. “The wild card is what will happen to B.C. real estate prices,” Moran concludes.
(C) 2017 The Financial Post, used by Permission.