Time for a Reality Check for Once-bankrupt Couple Who Want Cottage, Vancouver Condo 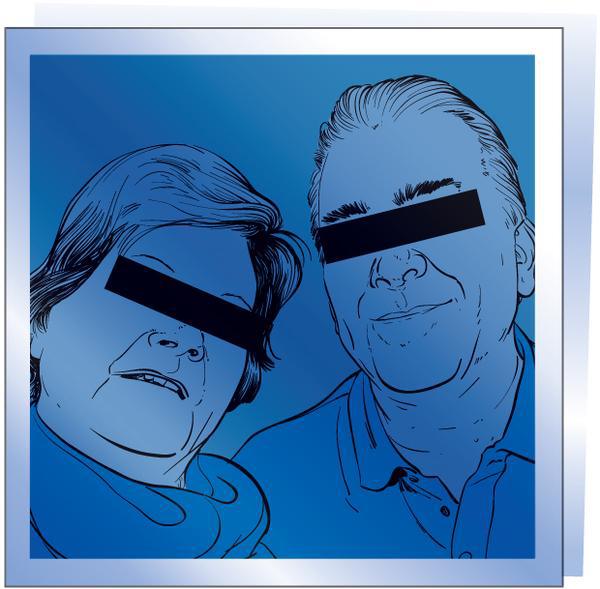 Ten years after a business flop, Chuck and Lois still have low assets and no job pensions. Family Finance can help them salvage their retirement, but it will take sacrifice.
Andrew Allentuck
Situation: Recovering from bankruptcy, couple has low financial assets and no job pensions
Solution: Downsize house, sell recreational property, boost savings to rebuild portfolio
A couple we’ll call Chuck, 61, and Lois, 59, live in B.C.’s Lower Mainland. A manager for an Asian hardware company that operates in Canada through Chuck’s own small business, a one-man hardware-marketing corporation, he earns US$96,000 a year and gets a US$70,000 annual bonus, for an approximate total currency-adjusted, pre-tax annual income of about $200,000. Lois was downsized out of her retail management job last year and has no earnings. After 35 per cent average tax on Chuck’s income, they have about $10,800 a month to spend.
They have a $950,000 house, $135,000 of RRSPs, $2,000 in the bank, a couple of cars, some land and a small boat, for total assets of $1,254,000. In spite of their substantial income, their savings are thin for a couple nearing retirement.
A decade ago, after a business flop, they were broke with no house and total savings of $120,000. To start again, they borrowed from friends and family, then Chuck got a devastating diagnosis – cancer. He’s working, but wonders how they will pay off their $490,000 mortgage and generate retirement income. There may be $300,000 of inheritances in the future, but they are distant and not certain.
“Having lost most of our assets not long ago, we have little to retire with,” Chuck explains. “We are concerned that there is not enough time to save what we will need.”
Family Finance asked Derek Moran, head of Smarter Financial Planning Ltd. in Kelowna, B.C., to work with Chuck and Lois. “They would be wise to sell their house to extract equity after they pay off their mortgage. They will not be able to build a cottage on land they own in the B.C. interior, as they wish. Without pensions other than CPP and OAS, they will not have sufficient capital saved both for the rural cottage and a $250,000 condo they would like to buy in Vancouver. This has to be a reality check,” Mr. Moran says.
“It’s tough to say this, but in this case, Chuck and Lois are going to have to rein in their plans,” he adds. “They don’t have the money to help their two adult children buy houses. Indeed, they need to sell their own house, sell their B.C. land.”

Rebuilding Savings
ffIf they sell their house in the bullish B.C. housing market for $950,000 and have $900,000 after transactions costs, pay off the $490,000 mortgage, then buy a condo in an inexpensive community for their own residence for $250,000, they will have $160,000 cash left. They could add that to $135,000 from rural land they sell plus $135,000 of RRSPs, and have $430,000. Out of that, they could pay off a non-interest-bearing $100,000 family loan and have $330,000. They would put $36,500 in each one’s TFSA – currently neither has one – and the $257,000 balance into their RRSPS to fill as much as $400,000 of unused space from the many years Chuck could not afford to contribute. He can do spousal contributions or rely on pension splitting when the RRSPs are converted to RRIFs.
If the couple can save $60,000 a year (which they almost do now) for the next six years to Chuck’s age 65, which they can achieve with just a $60-a-month cut to their $150 monthly restaurant spending, then they can reallocate the $30,000 they now spend on servicing the mortgage to bump savings up to $90,000 a year.
If they can add $90,000 a year to their RRSPs, currently $135,000, and $257,000 of other savings at three per cent a year after inflation, the $392,000 sum will become $829,000 in four years, at which time Chuck would be 65. Then he retires and earns no more income. With one more year of growth but no further contributions, the sum would be $854,000. If that sum continues to grow at three per cent over inflation and is paid out over 32 years from Chuck’s age 65 to Lois’s age 95, it would generate $40,700 a year. Add two CPP benefits, $12,780 a year for Chuck and $10,863 for Lois, and full OAS at $6,765 a year for each at 65, and they would have income from Lois’s age 65 forward of about $77,900 a year before tax. If eligible pensions such as RRIFs are split, they would have $5,580 a month to spend after 14 per cent average income tax.
That’s more than their present spending, once the $2,610 monthly mortgage payments and $4,942 monthly savings are eliminated. They would have a home fully paid and be financially secure. Their TFSAs, funded with two $36,500 contributions five years earlier with no further contributions would have grown to $84,600 at three per cent a year for five years and be their emergency fund.
An Investment Plan
Their savings have to go to investments to provide a solid floor of income and security. The common wisdom is to have a level of bonds equal to age, so that at 65, Chuck would have 65 per cent bonds and 35 per cent stocks. However, in the present low interest climate, those numbers can be reversed in favour of stocks that pay dependable and rising dividends.
This case shows the cost of insolvency in middle age
Low-cost exchange-traded funds which hold these so-called dividend aristocrats would fill the bill. The bond component can be half laddered investment-grade corporate bond ETFs, with terms of one to five years, and half with one- to 10-year terms. As interest rates rise, as they will one day, maturing bonds are rolled into new bonds at higher interest rates. Chuck and Lois can study these products, an exercise that would pay both in security and the money they reap.
If Lois does inherit $300,000, it would enable the couple to help their children buy homes or even to use its income, perhaps $9,000 a year at three per cent before tax, for travel or even renting a cottage they cannot afford without the bequest. They could also use part of the capital to add to their TFSAs to the new $10,000 limit.
“This case shows the cost of insolvency in middle age,” Mr. Moran says. “Full recovery to what might have been seldom happens. However, a good diagnosis for Chuck, as he expects, committed saving and a willingness to give up the idea of building a cottage can provide a secure retirement.”
(C) 2015 The Financial Post, Used by Permission