Can They Afford a Gulf Island Home and a Condo? 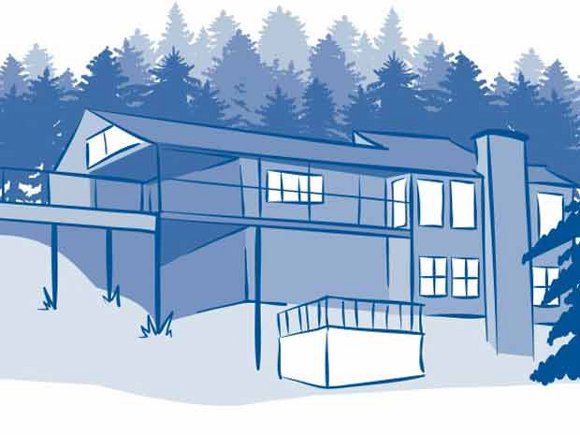 A Gulf Island home for $300,000 and a small condo in Vancouver is a nice retirement scenario for Charles, who is 50, and his wife Florence, who is 52. But can they do it on a present family gross income of $3,000 per month based on salaries they take out of the packaging business they own? Their goal – retirement in 10 or 15 years.

"Our plan after five years is to sell our house in the burbs and get a house on a Gulf Island and a small condo in Vancouver. This is our dream. Do you think we could make it work?" asks Charles, not his real name.

The answer, in short, is not for now and not for a while.

The easiest thing would be to sell their present house for $480,000 and sell Charles's business for $400,000. Assuming that they can achieve the $880,000 total, they would have money for an island house and a small condo in Vancouver with an estimated total cost of $600,000. That would leave them with $280,000 of cash less whatever they have to spend for selling costs and moving.

Waiting to 65 to start CPP would push annual income up to $57,402 before tax and $45,192 after 20% tax. That's $3,274 per month with early application for CPP or $3,766 per month with CPP beginning when each is 65. They would be able to cover their present expenses of $2,960 per month excluding mortgage expenses, but they would have two sets of real estate taxes to pay (though postponement of some property tax for retirees is possible in B.C.) and two homes to maintain. They would wind up with ample housing and little else, Mr. Moran says. For now, he says, the couple should continue to work and build savings for the eventual move to the Gulf Islands.

"This is a move that might happen in future, but that cannot work before age 65," Mr. Moran says. "There are unknowns, of course. Charles's business might fetch a much higher price than his estimate. They could win a lottery. But with present numbers, the couple's Gulf Island dream has to wait."